How to look at a cow

As noted in my previous post, I have mostly moved to a new gallery at Deviant Art. But their blogging feature sucks, so I decided to keep this blog for occasionally writing something.

Caveat: I don't know a thing about the psychology of seeing, so the ideas below may well be nonsense, or old hat, or both.

Before reading, here's a quick assignment: make a sketch of a cow, from your imagination. Or, if you're too lazy, just see one in your mind's eye. So as to prevent your mind becoming contaminated by my dubious ideas, I'll leave some empty space here; when you are done with your sketch/visualization, scroll down to read the rest of my profound thoughts.

Some time ago, I asked some students, ranging from grade 4 to grade 7, to draw me a picture of a cow from their imagination. Here are some of the better attempts: 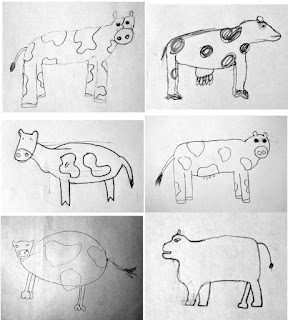 They are city kids, and have clearly not spent much time observing cows! Indeed, it is clear that most of them actually have only a somewhat vague notion of what a cow looks like.

Let us look, by way of comparison, at some cave art dating back thousands of years, from before modern civilization: 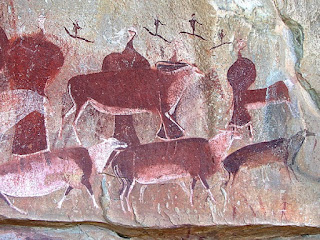 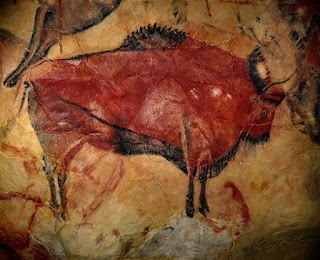 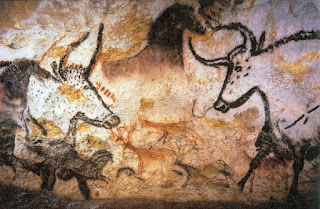 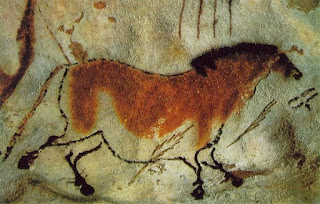 Two things occurred to me.

1. Any notion that the art of hunter-gatherers is childlike or simple or unsophisticated can immediately be laid to rest. It is obvious that there is a vast gulf separating the work of even modern, supposedly sophisticated children and that of the "primitives." What makes the cave art even more impressive is that it was all done from memory, and much of it deep inside caves, by the dim, flickering light of simple lamps. Clearly, the artists spent much time intensely observing their subjects, and knew them intimately.

2. However, there is one way in which the drawings of the children resemble those of the cave artists. A good fifty or so kids participated in my experiment, and of all the drawings they handed in (some of them made more than one), every last one shows the cow from the side. The same is true of cave art: off the top of my head, I cannot think of a single paleolithic painting of any mammal, that shows it from any other perspective than the side.

I noticed that in some of the children's drawings the cow's head is turned towards us. But its body is always shown from the side. In fact, in depictions of mammals, any other view than side views seem to have been a fairly recent invention. With other animal groups we sometimes see exceptions, e.g. I have seen a painting of a crocodile by an Australian native that shows it from above.

But even with the advent of civilization, people kept on painting animals mostly in profile. Here are some examples from Ancient Egypt: 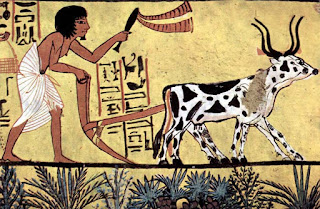 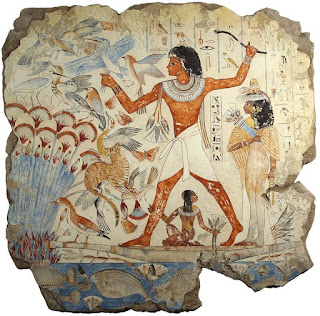 The butterflies in the second picture are an interesting exception; more about them and the above-mentioned crocodile later.

Even the Ancient Romans mostly stuck to this convention, although in some of their depictions, the animals are twisting and turning a bit: 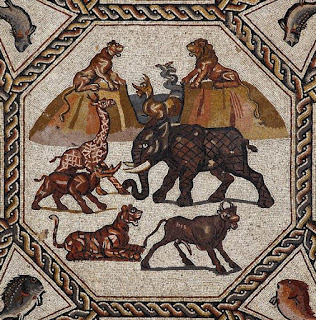 It was only comparatively recently that we began to see this sort of thing in artistic depictions of animals: 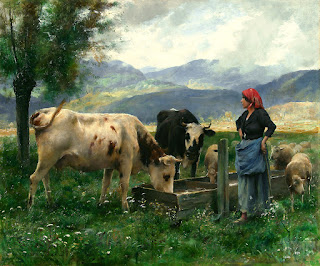 I can only guess as to why this is so. Do side views perhaps contain more relevant information? This would explain why, with some other animal groups (such as the crocodiles and butterflies mentioned above), we see different viewpoints.

I can't really say. The fact that children apparently more or less automatically show a side view, despite surely having been exposed to modern depictions showing other views, tells me that perhaps we have some inherent ways of thinking about imagery. But such a notion will have to be tested on larger samples from many different cultures.

The children's drawings are to some extent symbolic rather than representational. They know some facts about cows: they have horns, spots, udders, hooves, rounded nostrils etc., and this information is all entered into the drawings in a somewhat careless and haphazard way. Notice how, in one drawing, the udder's position is quite off. And those round nostrils surely come from picture books rather than observations of real cows. In other words, their drawings are in a way actually picture-like symbols or ideograms rather than drawings. As in early writing systems, their drawings are depictions of the idea of a cow rather than attempts at showing what real cows actually look like.

The landscape by Julien Dupré above, on the other hand, is more of an analog representation: he recreates the image that would fall on your retina if you were standing in that scene.

The history of art, it seems to me, is a history of the various ways in which artists have found compromises between these two different ways of thinking about the visual world. On one extreme, we have entirely or almost entirely symbolic representations: geometric patterns that may or may not symbolize ideas, writing systems which originally consisted of pictures but in which the symbols have become unrecognizable, such as Chinese writing, etc. On the other, we have the realism of 19th century art (and some contemporary art), in which artists try to visually recreate what the eye sees (but even here, there is inevitably much that is done according to some or other convention.)

In between these extremes we have a vast mosaic of imagery that is recognizable, but stylized according to a wondrous diversity of conventions. Up to the middle of the 19th century, an artist's society and training would largely determine which conventions would be used; it is a fairly unique feature of the art of the second half of the 19th century and beyond that artists would begin to develop their own, personal ways of stylizing their images.

Thus, for example, medieval European art has a very recognizable "look" (albeit depending on where and when it was created), and almost anyone even casually acquainted with art would have little trouble placing this sort of image in its historical context: 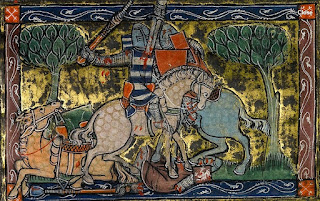 Who would doubt for a moment that this image is from the Far East? 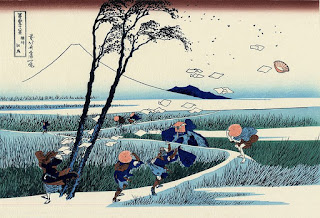 In the late 19th century, all this changed: instead of conforming to a cultural or regional style, artists began inventing their own, as they tend to still do to this day. Some of these individual styles are so unique and recognizable that they have become iconic. Who can fail to identify a painting by Vincent van Gogh? 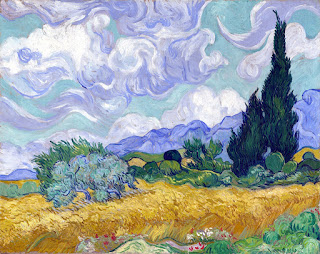 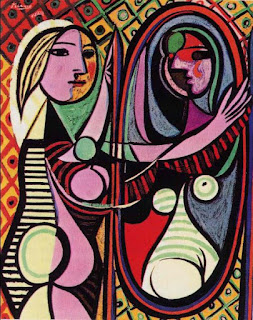 Let us return to the beginning, where I suggested you make a quick sketch of a cow. So what did your picture look like? Chances are, you drew a side view, unless you're an artist trained in or heavily influenced by the western tradition!