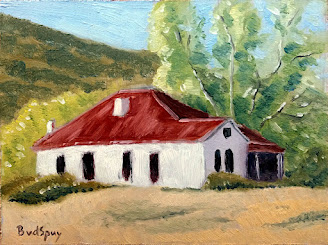 This item will be available on my Bid-or-Buy store as soon as it is dry enough to travel.
Posted by Brian at 13:16 No comments: 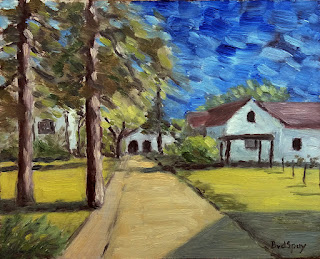 The Belgian-South African artist Frans Claerhout spent his last years here, in the small Free State town of Tweespruit. During his life, his art generated millions of rands. But as Catholic priest, he did not keep a cent of it for himself; it was all used in development projects in the community where he served, and he retired in humble circumstances, sharing a house with another retired priest. He died in 2006.

This item may be for sale on my Bid-or-Buy store.
Posted by Brian at 12:20 No comments:

I wrote this story about a million years ago as Christmas gift for my niece. And now I finally got around to publishing it: 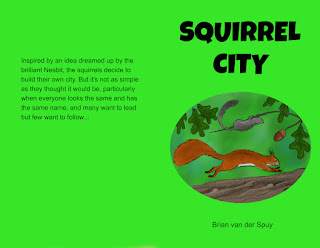 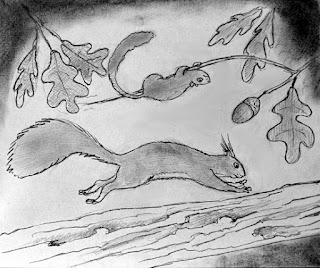 A squirrel came hop-hop-hopping along on the branch of an old oak tree. He was in such a hurry that he completely ignored a ripe acorn, and rather rudely shouldered a dormouse out of the way as he ran along. He had just had an excellent idea, and wanted to go share it with his friends before he forgot.

It did not take long before he ran into another squirrel, for oak trees and squirrels are old friends.
"Hello there, Nesbit!" he called.
"Why, hello to you too, Nesbit!" called the other squirrel. 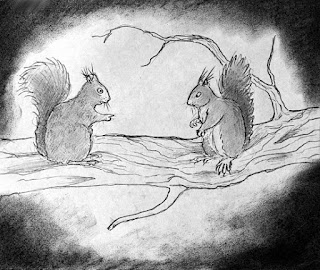 It was no coincidence that they were both called Nesbit, because all squirrels are called Nesbit. You will probably not have the same name as your brother or sister, but every squirrel that had ever been born in a thousand years had been named Nesbit, and not for too bad a reason either. Squirrels are rather busy creatures, and long ago they had all decided that in between looking for nuts, gathering nuts, storing nuts and eating nuts, there really just wasn't all that much time for thinking of new names for their many children. Especially considering that in between all the nut-related things, they also had to make time for such important activities as afternoon naps. So they decided to give everyone the same name. It was really just much simpler, and at squirrel parties, you never had to be embarrassed because you had forgotten someone's name.

But Nesbit had this great idea, and was eager to share it, so let us give him a chance to do so.

"Well, Nesbit old friend, I just had a most excellent idea," he said. "If you climb to the top of that old spruce tree over at the east side of the forest, you can see past the fields, all the way to the human city. And I just wondered, why don't we squirrels build ourselves a city as well? Just imagine harvesting nuts with machines, having great mansions in tree tops and branches, getting a defense force together to keep eagles away... we'll become powerful! We could even kick out the humans!" 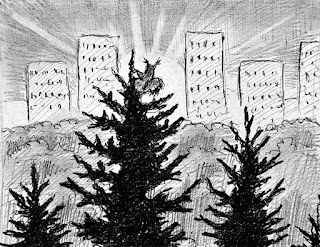 A bunch of small paintings, acrylics on Masonite, 65 x 90 mm (= ACEO size, 2.5 x 3.5 inches), which can be turned into handpainted fridge magnets by simply sticking a magnet to the back: 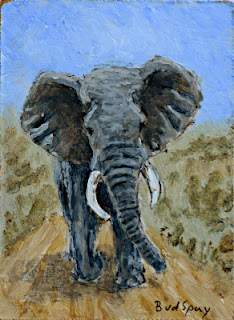 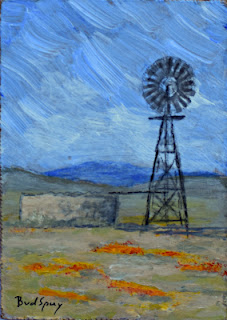 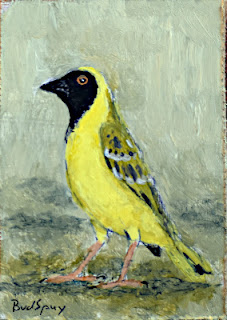 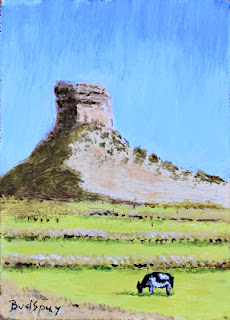 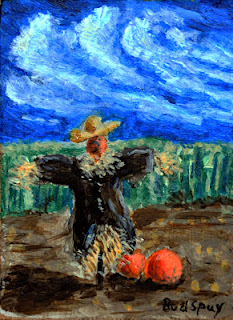 I rather enjoy painting these - quick, not overly serious, and they allow me to freely experiment with various subject matter, styles and techniques.

I am currently taking some time every day to upload one or two of these (plus a whole bunch of others) to my Bid-or-Buy store.

I have completed my latest adventure in children's book writing: 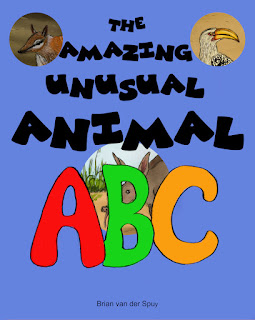 A is for apple, B for book? Says who? Here is an ABC book featuring some of the lesser known creatures of the world, with a bit of information about each. 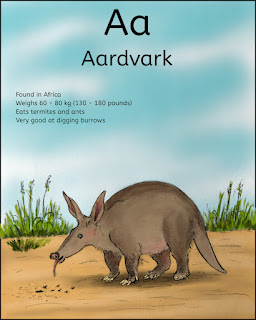 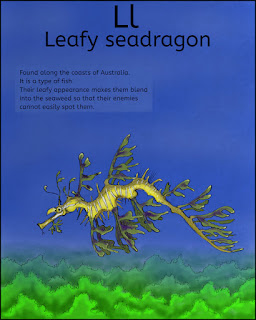 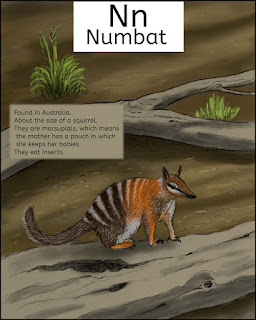 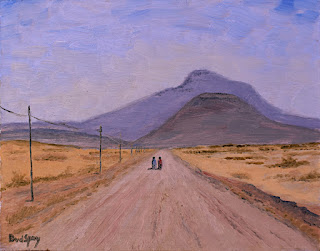 This item is for sale and will appear on my Bid-or-Buy store as soon as it is dry enough to travel. 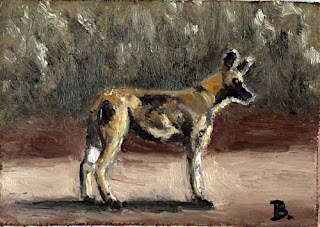 I haven't painted anything in ages, but have been itching to do so, and to try out a medium I haven't used in years, namely oils. I was rather relieved to see that while my painting has become a bit rusty, my old oil paints are for the most part still perfectly usable.

To start with, I stuck to a limited palette of black, white, yellow ocher and burnt umber. For this sort of subject matter you don't really need much else anyway, though the reference photo I used was definitely more colorful, particularly in the background.
Posted by Brian at 14:16 No comments: