Saw two somewhat unusual things today. The first, a halo around the Sun, which I photographed from two different sides of a building, trying to keep direct sunlight out of the lens: 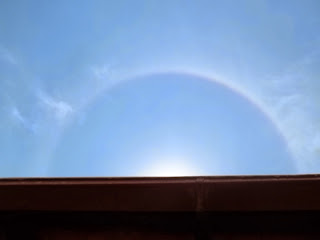 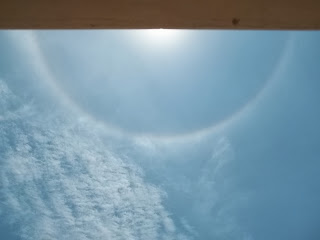 And then, a few hours later, found this little fellow clinging to the curtains in my apartment: 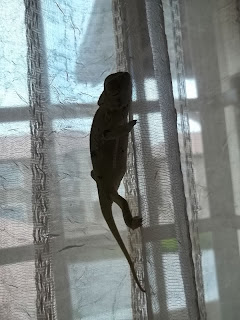 Presumably my cat brought it in, and then, for some reason, decided not to dissect it as she usually does with her wildlife specimens (she makes Hannibal Lecter look like Gandhi by comparison). So I took the lucky survivor outside and put it in a tree densely overgrown with creeping jasmine - not perfect, but probably better habitat than my apartment: 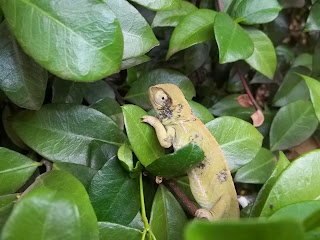 Chameleons were common around here when I was a child, but I haven't seen one in many years. Perhaps they are making a comeback.