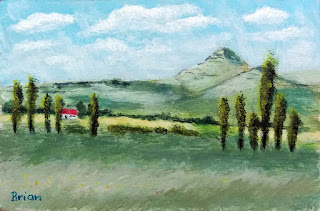 When I was a kid, we did not have TV. We got the weather report on the radio, but through all those lazy summer days, it always seemed to be the same report: "Partly cloudy and mild, with scattered thunderstorms." You can't really go wrong with such a report in summer here. 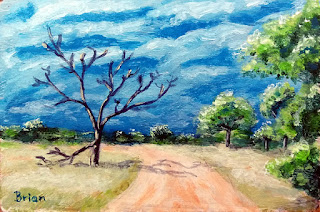 Over much of South Africa, rain is mostly in the form of summer afternoon storms rolling in from the south. It often creates this rather pleasing effect: you are standing in bright sunlight, but half the sky is already covered in dark, approaching clouds.

These items may be for sale on my Bid-or-Buy store.