I write mainly children's books, ranging from picture books for younger children to tween reads. Here you can follow links to extracts from the books, some which you can read for free online, as well as links to buy them. Scroll to the bottom for a book aimed at grownup readers.

You can also simply go check out my Amazon Author Page. Don't forget to follow my page there (simply click the Follow button) to get updates on new books. 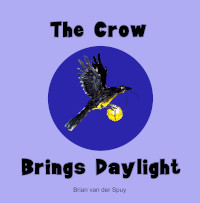 A folktale of the Inuit people. Long ago, there was no daylight in the far north, and the people lived in constant darkness. Until the crow decided to help them... Ages 5 - 8
Read the first few pages for free
Buy on Amazon

Series: Folktales from Africa:
1. Why the Sun and Moon Live in the Sky 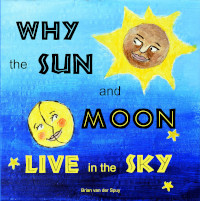 A retelling of a Nigerian folktale, which explains why the Sun and Moon nowadays live up in the sky, instead of down here on earth as they used to. New, original illustrations. Ages 5 - 8.
Read free online version
Buy on Amazon
2. Why Cheetah's Cheeks are Stained 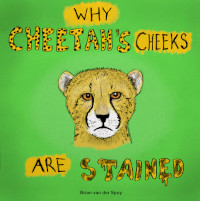 A folktale from southern Africa, which explains just why cheetahs have those dark streaks down their cheeks. Illustrated. Ages 5 - 8.
Read the free online version
Buy on Amazon
3. Mkaa'ah Jeecho'nee, the Boy Hunter 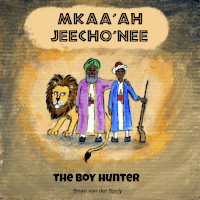 A folktale from Zanzibar. The sultan's pet becomes a really big problem. But who will have the courage to do something about it? Illustrated. Ages 5 - 8.
Read the free online version
Buy on Amazon
4. How Table Mountain got its Tablecloth 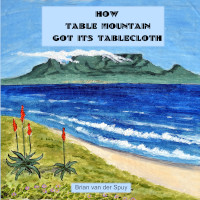 Every so often, Table Mountain get covered by a dense, white fog - the famous Tablecloth. But where did it come from? This folktale from South Africa tells us how it happened. Ages 5 - 8
Read the free online version
Buy on Amazon
5. The Crab and the Crane 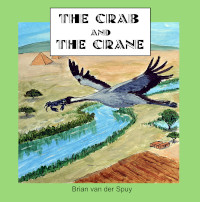 Cranes have bright red heads, and can only eat small animals. How did it come to be this way? This folktale from Egypt tells us the story. Ages 5 - 8.
Read the free online version
Buy on Amazon
Other titles:
Jack Frost and Jack O'Lantern 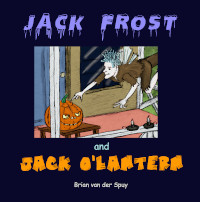 Jack O'Lantern kept watch on the porch, scaring off ghosts and ghouls. But would Jack Frost be scared of him? A Halloween story that will make you think... Ages 5 - 8.
Read the free online version
Buy on Amazon
Lauren's Fridge Monster

What might happen if you forget food in the fridge, and it goes off? Lauren found out the hard way...
Ages 5 - 8.
Read the free online version
Buy on Amazon

Inspired by an idea dreamed up by the brilliant Nesbit, the squirrels set out to build their own city. But it's not as simple as they thought, particularly when everyone looks the same and has the same name, and many want to lead but few want to follow... Ages 7 - 10. 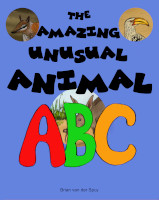 A is for apple, B for book? Says who? Here is an ABC book featuring some of the lesser known creatures of the world, with a bit of information about each. Ages 5 - 7. 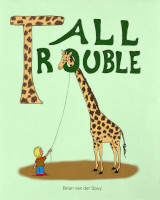 Sarah finds a lost giraffe in the garden. What on earth does one do with a giraffe? She finds out as she and the giraffe set out to find its home... Ages 5 - 8.

Cheap e-book (not necessarily in color).

The Tale of Wally Whale

Feeling sick to his stomach for no good reason, Wally has to travel all the way to the coral reef, to go ask the Sea Wizard for a cure... Ages 5 - 8.
Read the free online version

The Ghoul of Getty Street

Seventh grader Thomas Avalon has a hobby that takes him into some rather dark places. Ghosts? Aliens? He has seen it all. So when someone - or something - starts murdering people's pets just a few blocks from his home, he is fascinated rather than scared. Together with his best friend Rhapsody he begins to investigate the case. But for once in his career of investigating the paranormal, he may just be in over his head...
176 pages; aimed at tween readers, but younger and older readers may also enjoy. Note that it contains some scary bits.

Francis, Alice and Laura are invited to spend a week on their uncle's game farm in the wilderness of eastern South Africa. Their holiday soon turns into a nightmare when they run into a gang of ruthless, heavily armed poachers. The mystery deepens: what is hidden in the tool shed next to the house? Why is the farm manager suddenly so evasive about it? Why does it look more and more as if their uncle is involved in organized crime? Cut off from the outside world, they have only their own wits to go on, as they try to solve the mystery of the Ten Horns.
​
114 pages; suitable for tween readers.

The Gnome with the Green Cap has to travel across the garden to visit his friend, the Hobgoblin, in order to buy something he needs very much. But along the way he runs into more troubles than he ever dreamed of. Will he ever get to his destination?
60 pages; ages 8 - 12

And aimed at adult readers:

Currently there seems to be some issue with availability of the e-book - watch this page for updates.