Scenes from the highveld

Photos I took earlier today on a trip to the highveld area where I grew up, near the town of Bronkhorstspruit in South Africa. 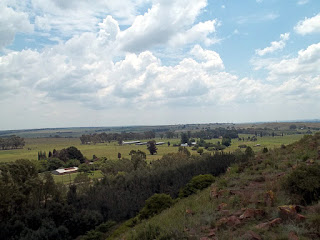 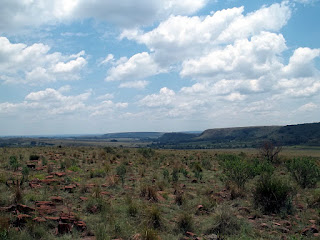 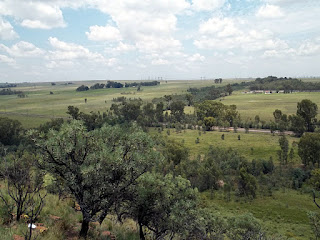 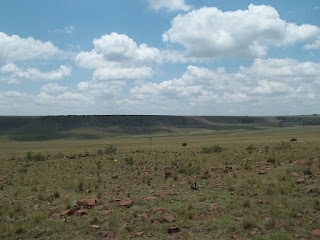 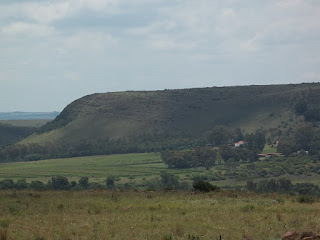 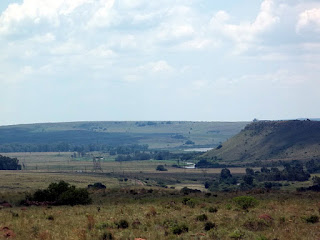 Sedimentary rock on a hill; the layers are clearly visible. If memory serves, these rocks are some two billion years old, though I'd have to go read up on it again to be sure: 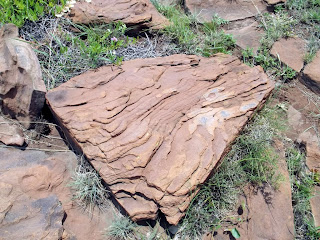 Many of the rocks are heavily encrusted with colourful lichens (a city slicker once asked me why all the rocks are splattered with paint!): 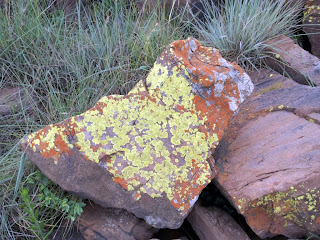 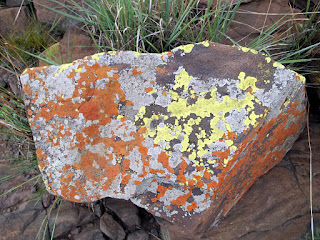 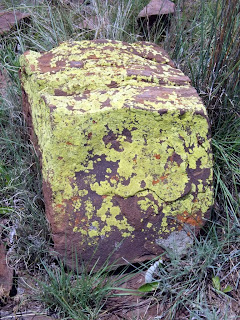 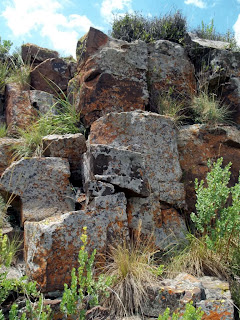 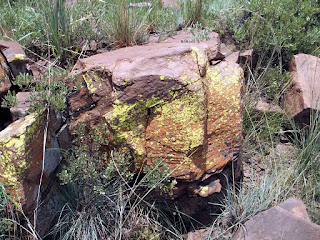 Wild apricots, Ancylobotrys capensis, so named because of the superficial similarity of the fruits to those of apricots. The fruits are edible and quite delicious, although tasting nothing like apricots or indeed any other fruit familiar to western civilization. Some years the shrubs are overloaded with fruit; this year the harvest was somewhat meager: 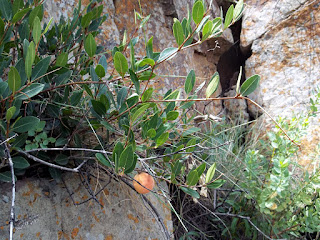 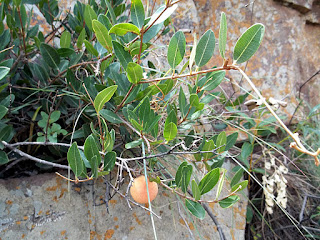 Wild wormwood, Artemisia afra. Apparently an infusion of the leaves can be used to treat chest ailments. Wouldn't surprise me if it actually worked, because the crushed leaves are very richly aromatic: 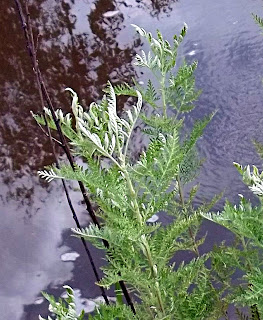 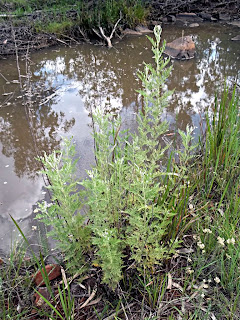 Flower of common protea, Protea caffra. Some years there are many, but as with the wild apricots, this year I could find only this single flower: 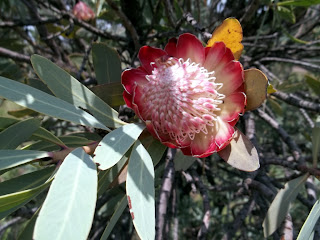 Something of a rarity, the elephant's ear (Streptocarpus vandeleurii) has only a single leaf, and a mass of white flowers: 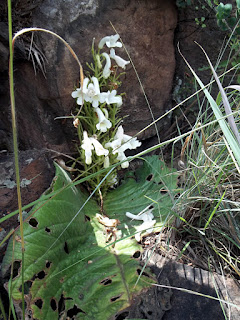 The large witchweed, Striga elegans, lives up to its name: it's a parasite, the roots of which grow into those of grasses from where they withdraw nutrients: 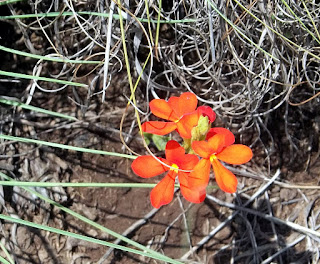 The thick, fibrous stem of the monkey's tail, Xerophyta retinervis, helps to protect it against fire, a common phenomenon in this area: 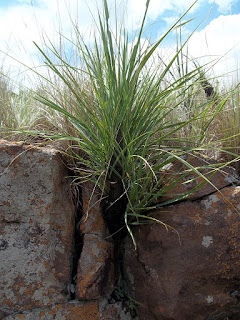 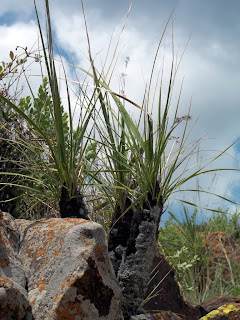 The intricately woven nest of a weaver bird: 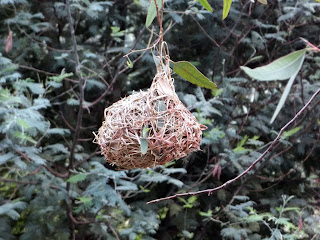 And a partially completed nest: 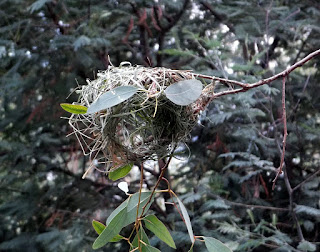 Late afternoon: a typical summer storm brewing. All through the day, the clouds get larger and by late afternoon will form thick and rather spectacular banks, frequently lit up from inside by lightning. Time to get indoors! 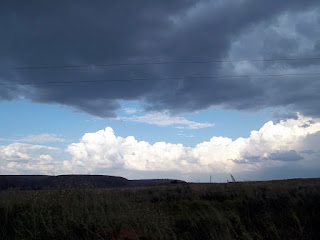 New year; time for a new self-portrait. As with all my self-portraits, I look like a murderous psychopath. I'm not really that unfriendly. 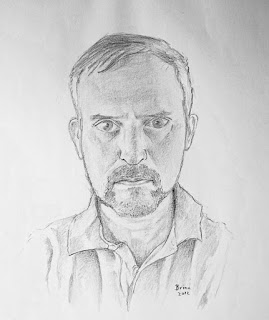