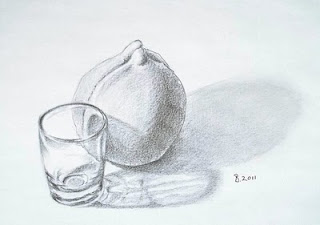 As often with my amateurish drawings, it is in common old HB pencil on equally common and cheap old printer paper, 18cm x 12cm.
Posted by Brian at 17:38